A houseboat that was built in 1986 has gone through the most phenomenal transformation in Canada. The tiny floating home was deemed unfit to live in before a couple decided to lovingly turn it into a piece of art. It took a year and a half for Jason and Cayley to fully restore the boat to its former glory. 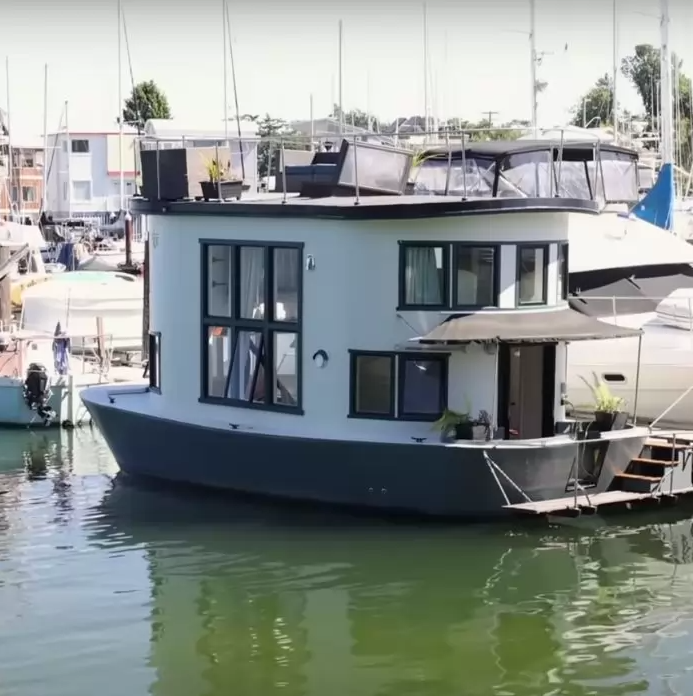 A shipwright and a carpenter respectively, the couple have seen their fair share of daunting projects. “Well friends, This is what we’ve been up too lately. In September we found this gem in Esquimalt. It was a great fit for us since I love living on the water and Cayley has always loved the idea of Tiny Homes.”

“It was far too ruff for us to move into though so we had it towed to our home port of Canoe Cove and hauled out for a major refit. I figured I would post some before shots with lots more on the way. I can’t wait to see what the two of us can do to this thing as a team.” said Jason on @wood_and_wind on Instagram.

The floating home has been named ‘Pax’

Pax’ was originally purchased by the couple for a mere $6,000, there was something about it that they saw potential in and they decided to take the leap of faith, which led them on the most amazing journey. The floating home measured in at 30 feet long and 12.5 feet wide – no small feat.

Latest News
Incredible Transformation: Couple Spends 18 Months Crafting a Tiny Floating Home!
Nobody Can See All The Hidden Animals
I should've hugged you a little longer the last time I saw you
Proud, determined and deeply generous: those born under the sign of Capricorn are a hidden book worth discovering
Grandparents should never have a favorite grandchild: differences can cause profound trauma
Why Coloring Could Be The New Alternative To Meditation
How to Make Homemade Disinfecting Wipes
6 Reasons Why A Strong Woman Is Emotionally Exhausted
A True Father Is One Who Understands That Family Comes First