Indonesian Women and Tour De Java II: There is no physical reason to constrain women to cycle by either distance or number of stages that of the men’s.

Women and Tour de France
Sport arena is one of the many social spaces where men and women event is segregated; categorized. Cycling is no exception. The usual argument we hear is, women are not as strong as men and women cannot achieved better than males. There was no place for women throughout history, of the Tour de France. Women are kept on the side-lines. In 2014, Women were allowed to compete in a one-day race called "La Course by Le Tour de France". This one-day race is just 90 kilometres, touring around Paris including the Champs-Elysées. Women are said to be unable to complete the 23 stages as men.
This year, La Route de France 2017, where women cyclist organisations claim to be the continuation of the Tour de France for women and is France’s most prestigious stage race for women failed to secure a place in the 2017 World Tour calendar. It was said that the organisers were late in submitting their request. The tour de France remained an "all men's sport" up to this point.

Women and Tour De Java II
However, at this very moment, an event similar to Tour de France, is taking place in Indonesia. Tour De Java II - Tour Sepeda Sehat Keliling Pulau Jawa II-2017 by Al Zaytun International School. A first time ever in Indonesia, 405 cyclists, led by 72 years old, Dr. Abdussalam Rasyidi Panji Gumilang who is the head of the Institution, Parents, Teachers and stakeholder of Al Zaytun International School, aged 12 to 72 years old, are attempting a mission, cycling Java, a total of 2,654 km in 24 days from 29 November 2017 to 22 December 2017. 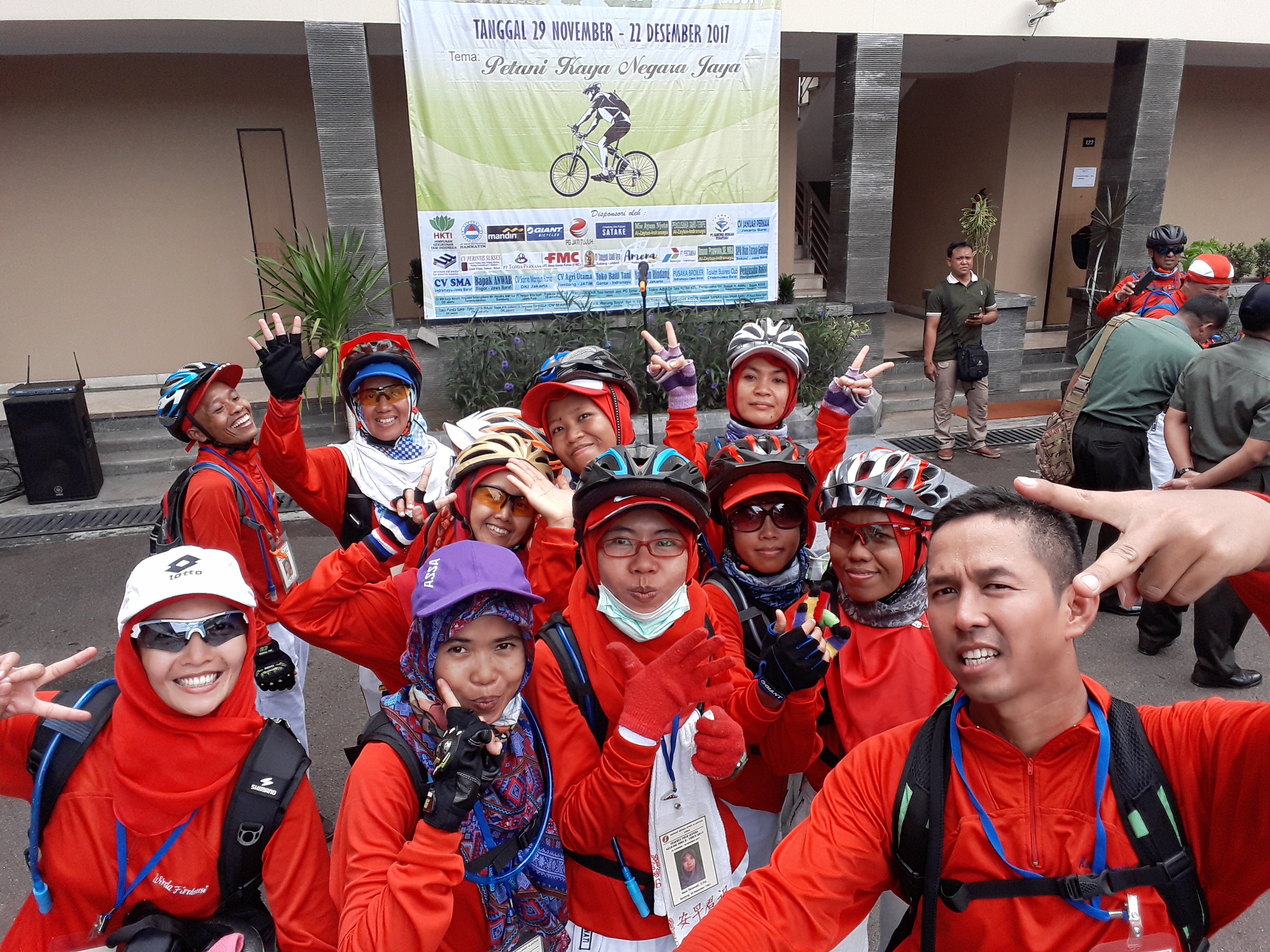 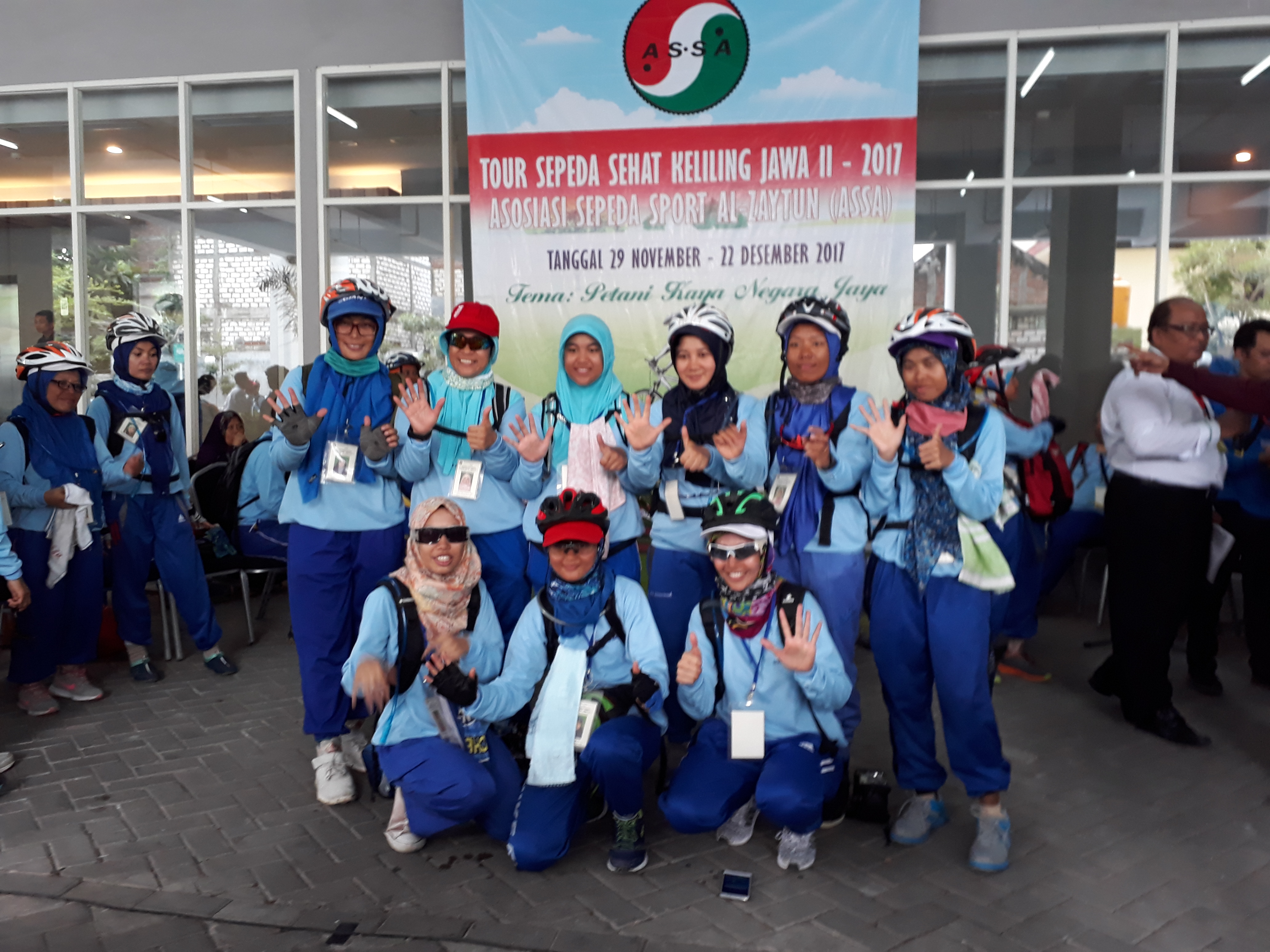 If women are not allowed to take part in Tour De France due to the reason that women aren’t physically capable of completing even 21 stages, over in Indonesia women in Tour Speda Sehat Keliling Pulau Jawa II is attempting 24 stages in 24 days. These Indonesian women have passed their day 13 completing more than 1000 km and there is no physical reason to constrain them to cycle by either distance or number of stages that of the men’s.

Mdm Kokom K, 40 years old teacher of Al Zaytun International School is a mother of 2 young children. “I have trained very hard for 6 months” she says. This is her second long distance cycling after 10 years. “My diet consists of Fruits and Vegetables and I have it before every main meal”. It's no secret that healthy eating means increasing your intake of fruits and vegetables. Eating fruit before a meal increases your intake of fibre for that meal, because most fruit is high in fibre. When you eat fibre, you feel fuller for a longer period because fibre slows down digestion.

They are not World Professional Cyclist or even a Professional Cyclist. They came from different backgrounds, levels of athleticism and went through tough challenging obstacles. The weather is unpredictable. Heavy rain can occur at any time and cyclist must also adjust to the hot weather taking precautionary measures against heat stress from the radiant heat of the sun. The poor road conditions including potholes, heavy traffics and steep slopes are a main concern for the cyclists also.

“Join us and spread the spirit of sports, the message of strong healthy mind, body and soul” says Mdm Kokom K. Let us also spread the message of tolerance and peace from this cycling activity to the rest of the world.